CTIA: A Report on AT&T and NSN


On Monday AT&T took us to one of the most beautiful private homes in New Orleans for its digital home demo. Stately, beautifully decorated with nearly 150 years of history, it was a good setting for a home of the future presentation. Unfortunately, the message was marred by poor execution of the demonstrations. The tour was not well organized, the demos were simple, and the value proposition was missing. One presenter could not answer the simple question of what happens if the power goes out. Can you not get into or out of your house? (Apparently there is a battery backup). The electronic door locks are large and clunky, the electrical device have X-10-style units (NOT attractive). What has changed since the 1990s?

The house was beautiful, but not sure what was the unifying message or value to AT&T. There really was no mention of how this is bundled in with any other service, and one presenter went to great lengths to explain how this was an added service. You didn't need U-Verse or any other AT&T service to make it work. I didn't see a reason to give up ADT.

NSN
NSN has weathered a couple of storms, coming through really without having to do very much to make it happen. They were the happiest company at the failed AT&T/T-Mobile merger (other than Sprint) and now that T-Mo is having to play catch up in the LTE race, NSN, along with Ericsson, got the contract to provide the LTE network for T-Mo. My estimate at the the value to NSN?  $1B.  Now if someone could just come up with a LITTLE BIT more spectrum.

The second storm? NSN indicated that ALU is vulnerable now that the US is getting its LTE built-outs complete, and now that it's Europe's turn, NSN incumbency in the EU operators puts them in a leading position for their LTE networks. ALU has corporate restructuring ahead in worker-friendly France. NSN got favorable terms from the German unions and is well on its way to a new, smaller, dress size. NSN also feels like its plan to shed itself of noncore business units puts it in a focused position to move forward from one that is sustainable. I think they are correct on that regard.

Huawei is probably the only company in the world with pockets deep enough to maintain R&D across it full range of products.  I don't think ALU is in the position to do that and will need to downsize to address cost issues in the future. So, in this area NSN is ahead but now it needs to work on upgrading/updating some of its core products. NSN is looking strongly at struggling partner Juniper, but other Juniper partners have moved onto their own platforms (Ericsson). 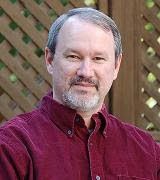