IoT In Perspective, Ready for Reality?

Kevin Ashton, cofounder of the Auto-ID Center at MIT that created the Radio Frequency Identification (RFID) global standard, is credited with the expression “Internet of Things,” envisioning a “system where the internet is connected to the physical world via ubiquitous sensors.” His vision in 1999 is not far from today’s reality. Technology has advanced to a point where almost anything can be “sensor-ized” to collect, store and transfer data. Interestingly enough, RFID tags were designed to categorize, itemize and quantify things. Hence the question, how big is the IoT market today?

Views in the market are that it is difficult to quantify simply because the concept is too broad and connections are hard to evaluate. Clearer explanations as to what a “connection” is within the IoT sector needs to be defined further. Nevertheless, some companies have generated numbers. Cisco made an attempt to embrace the concept within the explanation of the “Internet of Everything”. Using “Value at Stake” the worldwide market size was predicted to be $14.4 trillion in 10 years, where 45% or ~ $6,480 billion was attributed to machine to machine (M2M) connections. This is particularly interesting to service providers (SPs) because they will own these connections. If we analyze this number linearly, then for one year, the expectation for the worldwide M2M market size is about $648 billion.

But what is the potential value per connection in a year? Revenue estimates for SPs and total cost of ownership (TCO) evaluations for customers are definitely of interest. The total number of M2M cellular connections last year was around 132 million. Thus: $648 B/1 yr x 1 yr/132M connections = $4,909/connection in a year (~ $409 per month).

Therefore, if the potential values are in the correct order of magnitude for M2M, (not considering the CAGR sifts, etc.), then the increase in connections because of IoT will essentially bring increased revenue to SPs. Is that really true? Much of the margin depends on the revenue shared between the SP’s platform partners as well.

IoT Platforms: The M2M/IoT platforms that are being deployed—some have taken several years to develop—have several vendors within their ecosystems. Bigger SPs had to partner with these platform providers to enter the M2M/IoT market quickly. The following are platform providers for the major U.S.:

What kinds of business partnerships have the SPs made with these platform providers? What are the present revenue sharing models and who owns the customers in these scenarios? To what key verticals and monetizable use cases do SPs need to turn their solutions to maximize their profits within these partnerships? For example, what percentage of that monthly revenue of $409 actually goes to the SPs? Can a customer transfer between SP/PP solutions and expect a seamless experience? These are not new questions; however, the issues are still here and need to be explored again with fresh eyes since the technology and market landscape is changing.

For example, virtualization within the core of SPs; networks are giving new agility, efficiency and interoperability choices. Equipment providers such as Ericsson, Alcatel-Lucent, Juniper and Cisco are developing innovative software defined networks- and network fabric virtualization-based appliances in software and hardware to assist SPs in revolutionizing their core OSS/BSS delivery platforms and edge Radio Access Network facilities to rapidly and easily create solutions that can propel the managed M2M/IoT industry forward and fight off over-the-top competition.

What’s the bottleneck? It is not the technology but the ability of the industry to cooperate in normalizing the horizontal layer of the network (actually where the platform providers sit) to serve the verticals appropriately. One of the answers is to urge the standards bodies to more aggressively converge ideas toward this end. OneM2M, the Global Partnership developing standards for M2M communications enabling large-scale implementation of IoT, is in the process of spearheading this effort. However how are they doing with the specification normalization?

In reviewing the OneM2M Technical Report Doc # oneM2M-TR-0003-Architecture_Analysis_Part_2 it is clear that the seven Standards Developing Organizations are well on their way toward integrating a basic framework of functional elements that will prove invaluable in normalizing the playing field. These types of specifications will assist the platform and equipment providers technically so they can clearly see how to design solutions to help the SPs deploy more economical and simpler solutions to the market to effect better results or “outcomes.” The OneM2M 10th Technical Plenary committee met in Berlin, Germany, on 4/11/14 and confirmed that it will be releasing its initial complete specifications for IoT in August 2014. 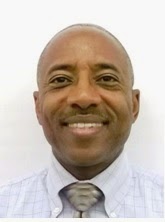