Building Broadband Past the Saturation Point

U.S. broadband has reached the end of its growth phase, and the industry is now shifting from building infrastructure and acquiring customers to creating sustainable business models.

The U.S. fixed-line broadband market appears to have reached the saturation point. The most recent FCC broadband report with data through 2011 indicates that about 80% of U.S. households are served by fixed-line broadband. It also shows the classic S shaped market development curve with the last inflection point in the S occurring in 2007. This data, when combined with year-end 2012 data from the largest fixed-line broadband operators, confirms market saturation. Fixed-line broadband connections for 4Q12 compared to the previous year showed little change: AT&T (NYSE: T) 0.3%, CenturyLink (NYSE: CTL) 3.5%, Comcast (Nasdaq: CMCSA) 6%, and Verizon (NYSE: VZ) 1.4%. 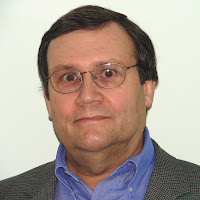