Calendar year 2011 showed a major 9.7% increase over the paltry 2011 market, closing the year-end optical market at $13.3 billion. We have not seen totals like this since 2007 and 2008 and are encouraged by this increase in spending. Segments that exceeded the market were the Metro WDM segment, long haul DWDM, Packet Optical, and MSPP. The OXC market posted a notable decrease. Another significant increase was spending in the content provider space, as it continues to rise as percentage of optical spend.


QUARTERLY TREND and DRIVER HIGHLIGHTS
The M&A that has been expected for the last 18 months is now overdue, but still likely to occur in the next 12 months. The result will force out vendors from the market or they will merge with larger companies. However, in 2012/13 the demand for 100G deployments will be high and will continue to be deployed in much higher numbers. The market will also see more demand for 40G for those that do not need 100G and have a long-term market expectation for 10G sustaining all product categories.

Demand from content providers and cautious spending by top tier providers are rapidly and dynamically changing the optical market. Vendors that are paying attention to what content providers want, understand how they are deploying product, and what they are discussing for next-generation access networks and metro networks will be in much better position to weather this slow economic recovery. The good news is that the overall market up almost 10% over 2010, which is a good sign for the industry.

For more information about ACG's syndicated service or to purchase this report, contact sales@acgresearch.net. 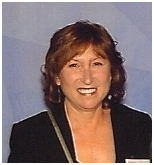