The Data Center and the Cloud: Seven Predictions for 2012

In 2011, we saw a clear fork in the road with large enterprises opting for private clouds while small and medium sized companies went full throttle to implement public cloud services. The one indisputable fact is the cloud market is here to stay. Underlying many of the major cloud services is a new data center architecture that strips away equipment vendor complexity by simplifying the connectivity from the applications across the infrastructure and into the hands of the people that need it. Technology equipment vendors are trying to keep themselves relevant to their customers by announcing cloud strategies that leverage the trend of server virtualization. 2012 will be an interesting year especially in the emergence of new technology for the data center to support cloud computing.

Cloud Strategies: The major technology vendors (IBM, HP, Dell, Cisco, Microsoft, Oracle, etc.) will deliver additional details on how their cloud services will help their customers implement cloud technology while increasing their revenue stickiness. The interesting thing to note is these vendors primarily cater to large enterprises. The top IT vendors will have little direct effect on the small and medium business market, which are the primary consumers of public cloud technology.

Fabric Wars: The major networking vendors will continue to claim they have the best next-generation fabric for the data center. The new fabrics appear to be best positioned to serve the new cloud providers; however, the largest of the cloud providers (Google, Amazon, Yahoo, etc.) prefer to build custom fabrics that suit their own requirements. It will be interesting to hear which of the major vendors will announce their customers are using their fabrics across major data centers.

OpenFlow will emerge as a serious alternative to building proprietary networks based on a specific vendor’s operating system. Networking remains one of the last vestiges of the closed mainframe-like architectures where one vendor builds the hardware, software and related features. OpenFlow allows for the decoupling of the hardware from the operating systems. It is no wonder that the large networking vendors have been cautious about throwing their support behind OpenFlow until they determine what is in it for them.

Private Social Networking: Leadership teams in large organizations will attempt to flatten their organizations by implementing private social networking mediums. Executives will want to hear directly from the rank and file front-line staff without their organization filtering out unflattering information.

Content Is King (or Queen): Service providers have had the basic components (data centers, billing systems, customer service, etc.) to compete with Amazon, Google and Facebook. In 2012, we will see service providers figuring out that applications on top of infrastructure are the way to create end-user stickiness and hence, higher margin revenue.

IP Protection: Not only are the largest corporations building their patent portfolios through acquisition to protect themselves against frivolous, resource consuming lawsuits, governments in the West are protecting their key industries from acquisition by Asian technology companies. There is concern that western intellectual creativity is being exploited by countries that are assemblers, not creators. This one might be too hot to touch in an election year. 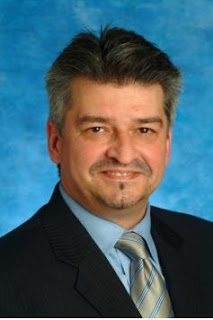